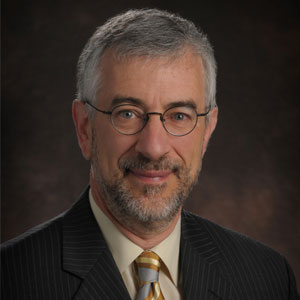 What are the some of the changes you have seen in the construction industry, since your arrival at AGC of America?

There is a great degree of focus now in the industry to understand the market conditions broadly. Contractors have become more cognizant of the external factors affecting their budgets or their ability to deliver projects on time. When I started in 2001, the industry was just coming out of recession. The homebuilding industry had managed to get through the general recession without a slump. But the nonresidential construction was at a low, and witnessed significant increases in prices for materials. Often, contractors assumed the causal factors to be something internal, limited to the construction landscape of their own neighborhood, rather than conditions in the overall U.S. or global economy. In comparison to those times, I believe there is a broader understanding today about the things that affect the construction industry. Contractors are well aware that the competition extends out to the entire world.

What do you think is the reason for chronic labor shortage in the industry?

The labor shortage in the industry can be attributed to the crippling of the once robust construction education pipeline. Dating back to the 1990s, there emerged a growing perspective among people that jobs like construction labor are dead ends. Parents pressured their kids to pursue a college education in order to have a successful career. Bolstering this perspective was the large shift in federal funding to promote college preparatory programs at the high school level. In addition, cuts in funding for public vocational and technical education programs, along with declining participation in the union apprenticeship training, have contributed to the decline of the construction education pipeline. That has meant the number of people choosing careers in construction has dropped while retirements have spiked, producing the current labor shortage.

Can you take us through some important findings of the national workforce survey conducted by AGC of America?

AGC of America conducted an online survey of contractors in July and August 2017. Out of a record number of 1608 respondents, 70 percent said that they are having difficulty filling craft positions. The position of a carpenter was reported to be the toughest to fill.

In addition, 22 percent reported increasing the use of labor-saving equipment, with 11 percent using offsite pre-fabrication, and 7 percent making use of virtual construction methods like building information modeling.

We could thus conclude that although some firms are looking at advanced technological processes to solve the problem, a number of them still resort to the conventional methods of solving labor shortages.

What do you think are the reasons for low uptake of technological solutions?

Be it a joint venture or assembling different crews of subcontractors, the mechanisms of a team in construction differ from those of a manufacturing company. It is a diffused composition of people who come together at some point of the project, but are inherently on different teams. For instance, if an architect develops plans using building information modeling, but other participants in the project are not acquainted with the technology, potential productivity gains from sharing information electronically are lost.

Moreover, as 92 percent of the construction firms have fewer than 20 employees and work primarily on small projects, they continue using the same techniques as before.

What are some of AGC of America’s initiatives to facilitate technological adoption?

For the past eight years or so, AGC of America has been organizing a BIM Forum that meets twice a year. The forum comprises workshops, roundtable discussions, and large display areas to help participants learn and advance their skills in various virtual construction techniques and methods. In addition, AGC of America hosts an IT Forum Conference annually, providing a platform for discussions and presentations on important technology topics such as emerging technology trends, affordable solutions, cloud computing, security, drones, and more.

What are the applications of BIM to construction?

One of the major applications of building information modeling is scheduling. It allows users to have a virtual view of the project. The contractors, for instance, can make an accurate estimation of when the steel manufacturer is going to supply the material and can allocate the right number of people, with the right tools, at the right time. Secondly, it helps in decreasing rework. As there are a number of contingencies that occur in construction, for instance, the architect not designing some part of the plan right or say there is a change in demand by the owner, the project, in reality, might turn out to be way different than the designed plans. However, as BIM is centralized, any changes in the project are instantly reflected in the virtual model, resulting in uniformity of information and minimizing construction errors. Thirdly, BIM can help in detecting clashes of elements such as electrical conduit or ductwork that run into a beam, henceforth, helping in the reduction of costly on-site clashes.

P4 Technologies: On the Cutting Edge of Inventory Management

Unlocking the Value of Connected Cars

Comprehensible Distribution of Training and Information...

The Current Focus is On Comprehensive Solutions

Big Data Analytics and Its Impact on the Supply Chain

Carmax, the Automobile Business with IT at the Core

The CIO's role in rethinking the scope of EPM for...

Transformative Impact On The IT Landscape

Get Ready for an IT Renaissance: Brought to You by Big...

Technology to Leverage and Enable

Speed is the Name of the Game

What It Truly Means For IT Security To Bea Business Enabler

Policy is a Key Solution to Stopping Packaging Waste

Congestion-Driven Basis Risk, A Challenge for the Development of...

However, if you would like to share the information in this article, you may use the link below: