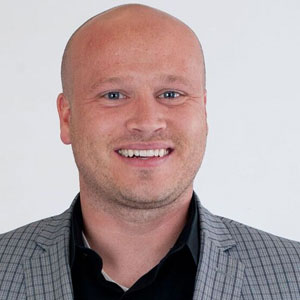 It's no secret that Google completely revolutionized the workplace with their browser-based email offering (Gmail) back in 2004. An incredible six years later, in 2010, Microsoft followed suit with Office 365. But by that time, it had become a fait accompli that email should be done in a vendor-agnostic browser or in a tablet/smartphone app and not in a standalone client like Outlook. Gone was the tolerance for required .NET plugins or any sluggishness in performance.

Today’s mobile workforce demands 24/7/365 quick access to their email from all of their devices, both at home and at work. There is no patience for an Exchange server upgrade, or for problems with emails not syncing between Outlook on a PC and on a mobile device.

Since their beta launches twelve years ago, Google has progressively chipped away at the Microsoft Office foundation with their competitive offerings like Google Docs, Google Sheets and Google Slides. Passing around a Word document back and forth over email to group edit only to find several conflicting versions were created? 2000 and late! Instead share the Google document with your collaborators and edit simultaneously, with all changes and revisions automatically tracked (rollbacks are a snap). Because Google has always been a SaaS offering, publishing, too, is trivial. Share or publish a Google Doc or Google Spreadsheet publicly or with a subset of users. Granular security controls allow you to create protected sheets and ranges to allow partial editing as well.

​As we move into a post- Office world, Google Apps is the new office software leader

As a former Excel power-user, I, too, was skeptical about Google Sheets, but those fears have largely disintegrated with Google's advanced integration features which underscores that no data lives on an island—the power of data lies in its association with other datasets. Want to import an RSS feed into your sheet? Google alone makes this possible. Mashups and integrations are the future and Google makes this easy. You can create Google calendar events from new Google Sheets rows (perhaps being fed by a Google Form.) You can save Eventbright attendees to a Google Sheet. You can pull and push data from an Amazon RDS instance.

With Google Fusion Tables’ beautiful data visualization capabilities, you can map, chart, calculate on or even search the data and make it publically available (even via an API!) to other consumers. Visualizations can draw from multiple tables as well as pull from public data sets. When we wanted to map our employees’ homes on a map so we could search for a new, centrally located office space, we turned to Google to pull the latitude and longitude from a sheet and plot them and the arithmetic center on a map.

Gone too is the requirement of a clumsy ecosystem of products built around Microsoft. No need for additional email virus scanning software- Google has that built in. Vanished are the translator add-ons—if you receive a message in a language you can't read, Gmail can instantly translate it in just one click, giving you a general understanding of the message. Forget about the ugly and clunky Sharepoint, Google has Google Forms for collecting data, Google Drive for sharing files and Google Sites for your intranet. Say goodbye to Skype as Google Hangouts does text and voice and video group chatting better.

With full compatibility with Office file formats (either importing or saving); you need not worry about purchasing an Office license. Microsoft Word, Excel and PowerPoint documents are all opened, edited and saved with ease if you use Google Apps.

And then there is the Google Apps Marketplace. If you don’t have time to configure an integration yourself, rest assured, it’s already been done for you. Lucidpress for visual content, MailChimp for email campaigns, FreshBooks for accounting. They all seamlessly work with your existing Google contacts, data and documents.

In conclusion, we've found that because Millennials grew up with free access to Gmail and Google Apps they are very experienced with those web applications and increasingly less-familiar with Office products. Additionally, Google Apps for Business caters to the younger, often tech savvy crowd and the hour-of-coders by providing a full API and by allowing users to execute code directly from within the apps. For example, recently our QA department needed a custom report from our bug tracking system. It was straight-forward for a non-technical employee to call the bug tracking API from a Javascript function within a Google spreadsheet to request and display the appropriate data. No IT or software development resources required!

No up-front costs, no complicated pricing, no annual contracts, no software to install, no training needed. This is anti-establishment, but it’s clear it’s time, as we move into a post-Office world; Google Apps is the new office software leader, particularly for younger, faster-moving, web-centric companies.

P4 Technologies: On the Cutting Edge of Inventory Management

Unlocking the Value of Connected Cars

Comprehensible Distribution of Training and Information...

The Current Focus is On Comprehensive Solutions

Big Data Analytics and Its Impact on the Supply Chain

Carmax, the Automobile Business with IT at the Core

The CIO's role in rethinking the scope of EPM for...

Transformative Impact On The IT Landscape

Get Ready for an IT Renaissance: Brought to You by Big...

Technology to Leverage and Enable

Speed is the Name of the Game

Hybrid Work Has Forever Changed The Need For It In Ramboll

How T-Mobile brought an Un-carrier approach to tech hiring

Great Expectations: Balancing the diverse needs of a city in a...

"Discovery and Delivery" - An Approach to IT Workload Balance

However, if you would like to share the information in this article, you may use the link below: